End to end testing is a method of software testing where a software application will be tested from start to end with the entire system flows with all dependencies related to the application. The purpose of the end-to-end testing is ensuring that an application is tested from a user perspective by stimulating real world scenarios so every operation will be validated with integration with components and data integrity.

Walk in your end user’s shoes

During the test design phase, we should always think in a user perspective towards the application rather than focusing on implementation of the application.  Each user-based workflow should be defined properly in test plan/design flow targeting key features.

When defining the end-to-end testing scope for the application, be mindful about what the end goals of the user are? Are the goals achieved in a user-friendly manner? Are the applications up to the expectations of the user? Answers of these kinds of questions need to be analyzed thoroughly on planning the test plan of the end-to-end testing strategy.

Getting into the user’s mindset is complicated for a software development team. The best techniques to achieve this will be creating a mind map of user workflows and making the maximum use of user stories with personas so a clear understanding of the workflow can be derived through these techniques.

Use an efficient Test environment and meaningful test data

The data used for the testing should be meaningful where it should be generated from a user perspective. Using dummy data for end-to-end testing won’t be effective where those data are not meaningful and if the end user will never input such data for the system. In order to create meaningful data the domain of the application should be considered and it should be prepared based on it.

Organize the tests systemically in the right order

It’s important to find the defects in the system as early as possible where fixing defects in the final stages will be costly. Each type of testing should be planned and executed in the right order and end to testing will take place after unit, system, and integration testing.

The tests in the end-to-end suite need to be arranged based on the system priorities. The teams should decide the order of the tests to be executed in an efficient manner which makes sure that all the critical workflows are tested before mini features are tested. The critical failures can be identified early by setting up the tests in the write order.

The structure and organization of the tests based on the understanding of the system requirements are fundamental to the end-to-end testing process.

Make use of Automation tools

In order to overcome such challenges, making use of automation tools can be beneficial.  Automating end-to-end testing through tools will save time and solve repetitive tasks in the process of end-to-end testing.

Testup is a codeless automation tool that can solve many of the end-to-end testing faced by the organization. The tool is easy to set up in minutes and the tool is focused very much on usability aspects. Complex test scenarios can be easily manageable through it and tests will be robust which covers most of the quality aspects of end-to-end testing. Give it a try! 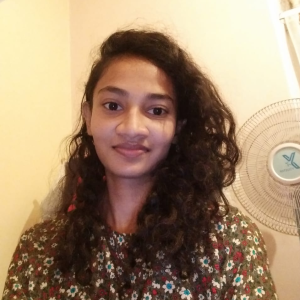 Shanika is a software engineer by profession. Being a graduate in Information Technology, she has gained expertise in Web development and Software testing. She is keen to share her knowledge and considers writing as the best medium to do so. She is passionate about everything she does, but apart from her busy schedule she always finds time to travel and enjoy nature. You can reach her at https://www.linkedin.com/in/shanikawickramasinghe/
PrevPrevious PostWhat is Test-Driven Development and How to Do It?
Next PostNo code Automated Testing for React Application (Case Study)Next