Why did Automated Testing Disappoint so many Companies?

To guarantee the quality of products, it is important that product development companies embrace testing. That’s not all, the way this test happens is also crucial. Over the years, manual testing has proven to be an approach laden with so many cons than pros. A way forward out of this is test automation. With test automation, companies have an incredible opportunity to increase the efficiency and coverage of software and product testing. Among many other benefits, test automation reduces time, gets rid of human error, reduces expenses, and provides better insights for product improvement.

However, just like every technological solution, test automation comes with its complexities. Therefore, if not implemented properly, it can bring disappointment. In this article, we will explore the possible reasons why test automation may fail you and thereafter provide a viable solution that you can leverage on, moving forward.

Test Automation Failed You: Why?

Use of a Poor Test Automation Tool

If we start counting the number of test automation tools available today, we will lose count. The market is flooded with too many tools than you can imagine. For this reason, it becomes difficult to separate the quality ones from the noisemakers. However, while it may be difficult, it is not impossible. The most important factor to consider when choosing a test automation tool is your testing needs and primary goals. The reality is that every tool has its unique capabilities and your team needs to focus on finding the one that effectively aligns with your needs and requirements. Generally, we recommend Testup as a viable and affordable no-code test automation tool. Later in this piece, we will highlight the reasons why you may want to consider using Testup.

One reason why some companies fail at test automation is that they get themselves caught in complex test suites that take forever to execute. In such a situation, test cases that are on queue end abruptly after timeout. Ultimately, the quality of the test gets compromised. In a nutshell, what this implies is that sequential execution of test cases offers nothing but a fast way to fail at test automation. A proven strategy is to embrace parallel execution as this allows multiple tests at the same time.

It’s often said that proper prior planning prevents poor performance. Every action in this world requires proper planning. This is even truer when it comes to test environments. If what you have is a buggy test environment, that’s already a turn-off for your test operations and a disappointment is inevitable. Therefore, you need to test on a staging environment to ensure that your code works perfectly well before proceeding to the production pipeline.

It’s surprising that some developers are willing to carry out a test on their product but are too much in a hurry to pay attention to critical test reports. Your guess is as good as ours, a failure of the test automation is imminent in such a scenario. Why carry out a test in the first place if the test reports will eventually get ignored? The best approach is to critically examine test reports to analyse possible faults and errors that lead to test failures. By doing this, you can address such errors and faults and make the test better on the next try. After all, the beauty of failure is the opportunity it offers you to make necessary improvement. Beyond getting a successful test result, a critical analysis of your test reports and metrics also helps you and your team to save time and resources.

With a non-computer vision approach to testing, it is compulsory for developers to assign IDs to web elements. Not doing this is a recipe for test failure because it becomes problematic for automated scripts to find the web elements on time. Therefore, to make sure that there is a seamless synchronization of the script, you need to assign IDs to web elements. A better way, however, is to use a test tool with computer vision and which requires no interaction with developers.

When the testing tool being used requires human interaction, then, it becomes important for the tester to have a thorough understanding of the test procedure. Otherwise, failure is assured. When this happens, it is even costlier for companies. This is the reason why it is crucial for institutions to assign test automation to those who know how to implement it. Another issue is the inability to identify when test automation is necessary. Fortunately, there are test tools that require little or no human interaction these days especially with the success of codeless test automation tools like Testup and others.

As stated earlier, we recommend Testup as a robust test automation tool to choose for testing your product or software. Why Testup?

Succinctly put, Testup offers a brand new, computer-vision and codeless testing approach that mimics human actions. As a result, end-to-end tests become easy to maintain and highly understandable. Most test automation tools use a non-computer vision approach which means they require human interaction before they can be effectively used.

Also, code-based testing approaches like Selenium Python requires a developer to create and run the test; this in itself defeats the existence of test-automation in the first place. In addition, the approach is very expensive. Testup solves this challenge as it leverages a no-code approach to test automation.

What’s more? Unlike many test tools, Testup’s visual approach creates an easy to understand, easy to debug and easy to maintain series of actions with clear images.

As you have read in this article, there are great possibilities to fail at test automation if things are not done properly. As we have listed a few reasons why companies get disappointed, we have recommended a viable solution to avoid all possible pitfalls and enjoy the sumptuous benefits of test automation. To get started, check out Testup! 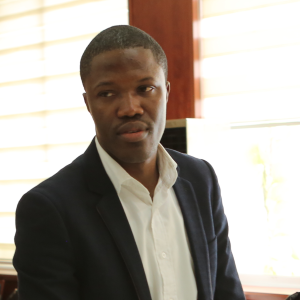 Entrepreneur seeking to shape the world through IT and emerging technologies. Enjoys research and technical writing, and can serve as a bridge between technology and its users.
PrevPrevious PostLife with COVID. Some Ups and Some Downs
Next PostWhy is it So Hard to Introduce Automated Testing in Your Development ProcessNext