How Selenium Users could easily adapt to Testup in 20 Minutes

The Company X-Info had already created a great set of test cases for their Web Application when we introduced Testup. We found out many similarities of test steps that were solved with Selenium but could be done easier with Testup. The change to use Testup was quickly accepted by the developers since we could convince the whole team that Testup does the work like Selenium but with much less effort and much easier.

Structuring the test with projects and tests

The testers had no problem to structure their tests. There were separate project created for every application. For each project a set of tests was defined. Test cases of a project define a test suite to cover all features of one application. We used predecessor test cases to set separate configuration for different devices. We also used predecessor test cases to set the configuration for different user test data used at different locations of system under test (Germany, Austria, UK). With that structure the testers could easily keep everything in place and tidy. With Testup test cases can be organized in test suites much better than with Selenium.

Use same Actions but much Easier

The testers started with Testup without hassle. We began the tests by drawing rectangles around objects which are called “anchor areas” in testup that were visible on the web pages. With the first “anchor areas” we checked if the logo on the web page exist. Then we checked for the existing text boxes, input fields and buttons. We just hat to draw rectangles which took us just a view minutes to finish. These selections could easily be made with the mouse. Neither xPaths nor unique Id identification were needed to access the objects on the page. These checks using an anchor area can be compared to assertions scripted in Selenium but without coding. With the summary of checks for all buttons, text boxes, pictures and input fields we defined our object repository without writing a line of code.

This is Testup’s big advantage. Selecting the anchor areas with the mouse is much easier. Further more the user can retake image very easy if an object has been changed consciously.

The testers found out that anchor areas of Input fields combined with typing keys on the keyboard is very similar to the Selenium function of “send keys” as a keyboard input. Also a click in selenium is a combination of an anchor area with a click inside in Testup.

After the test cases were executed manually the next step was to run the test suite automatically in the background without user interaction. To reach this level of maturity we first wanted to debug the tests before adding them to our test suite of regression tests.

For debugging we mainly used three features in the editor of Testup: „play next“, „play to here“ and „enable/disable“ test cases. Using these features was very comfortable compared to the debugging of a selenium script. This features could easily be selected for the list of actions in the editor. The features „Play to here“ in Testup is like setting a breakpoint with an immediate execution in Selenium. „Enable/disable“ in Testup is like commenting out lines of code of a test case step.

After we debugged the tests we could play all test cases from the test case overview. This is similar to starting selenium test cases in the background at the command line in the console. To take care of the application response time we had to add some wait states to the tests to avoid some server time outs during some complex calculation.

Finally, the test ran through and we could set the recording as a base line for the current release. It is possible in Testup to set more than one base line. During the time we marked the history of final recordings of each major software release as base line.

All the testers found that Testup definitely is an easier way to create and maintain automated test cases. The recordings summary are frequently printed out on PDF by X-Info and sent to their customer for visual inspection. New feature could be proofed as working before software roll out.

A big thanks goes to Andreas Pfeiffer from XInfo for working together and giving valuable feedback for the usability. We use customer feedback very accurate to improve our Testup platform continuously and for our development roadmap for new features.

To summarize the benefits of Testup, it is an easy to use, visual test automation tool that is close to human behavior using the software. No coding in required to record the test cases and a visual software quality report is provided to the stakeholders. 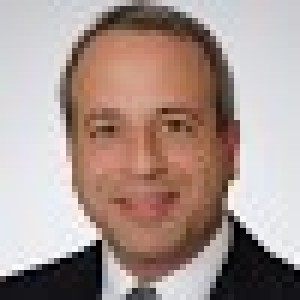 Michael Tscharmi is an experienced test manager. He has deep technical experience in test processes and test- automation. In his history he setup quite a few powerful test center of excellence from scratch for large German companies. With his problem-solving skills he loves optimize software development processes to deliver with faster output and better quality.
PrevPrevious PostNo Code Automated Testing for Shopify (Case Study)
Next PostComprehensive List of No-code Test Automation Tools (2021)Next